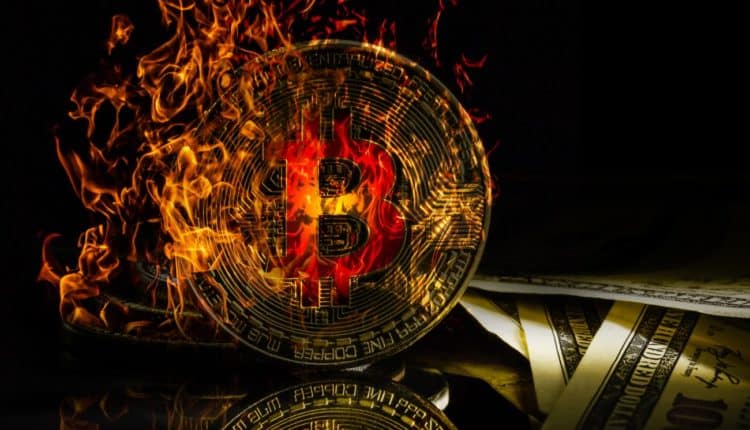 Bitcoin has surprised everyone with its sudden incredible highs that have been holding up for the past few weeks. Nearly everyone was in a BTC frenzy. However, the tide has changed drastically. A couple of hours ago, Bitcoin started a dire fall, which ended up in massive figures.

For a couple of hours, Bitcoin sank over 10% on Monday, briefly dipping below the $ 50,000 level. The steep downward price movement came after BTC reached new record highs above $ 58,300 over the weekend.

Even though the digital coin is still up more than 80% so far, no one expected this turn of events.

Why is BTC acting this way?

Bitcoin is playing games with its loyal traders, and what can be the reason for the drastic highs and lows? The answer may be simple yet a tad complicated.  Monday’s slide is a sign of the wariness of the cryptocurrency’s rapid ascent. As the currency has reached one of its record highest this weekend, the bears have regarded it with quite some wariness. Comparing the recent rally to what played out in 2017, bitcoin plunged by 45% shortly after reaching highs. It may or may not be a sign of a more drastic Bitcoin movement.

Bitcoin’s return to the old low: Will the History repeat itself?

Most of the experts that have recently analyzed the occurred situation with BTC said that the market is correcting itself, and it is a healthy mechanism. However, there is a visible divide between analyzed debates on the possible magnitude of an impending correction. They expect the cryptocurrency to achieve new record highs eventually. Thus, Bitcoin has all the chances to become very bullish and break the 60k.

For now, the only thing we can say that the price fluctuations make continue for some time. In fact, historically, the end of February and March is a corrective, not a bullish period for the markets in general. So the drastic Bitcoin anticks are just temporary.

Thus, for now, we remain calm, read the news and make calculated moves. We will keep you updated!

Get the latest economy news, trading news, and Forex news on Finance Brokerage. Check out our comprehensive trading education and list of best Forex brokers list here. If you are interested in following the latest news on the topic, please follow Finance Brokerage on Google News.