WASHINGTON, Sept. 28, 2021 (GLOBE NEWSWIRE) — Today, the Beer Institute announced United States Representative Mike Kelly (R-PA) as one of its “2021 Beer Champions” for his instrumental leadership in supporting federal policies that aid the success of U.S. brewers and beer importers. The Beer Institute recognized Kelly for his leadership in the House that paved the way to providing long-term tax relief for brewers and beer importers through permanency of the tax provisions in the Craft Beverage Modernization and Tax Reform Act, which he sponsored with Representative Ron Kind (D-WI).

“More than two million Americans owe their livelihood to a vibrant American beer industry, and that would not be possible without the leadership of our Beer Champions in Congress like Representative Kelly, who is a great advocate for beer and the hospitality industry,” said Jim McGreevy, president and CEO of the Beer Institute. “From farmers to truck drivers and brewers to bartenders – the production, distribution and sale of beer create good-paying jobs in every corner of our nation—employing our neighbors, friends and family. While the beer industry has undergone significant hardship during the COVID-19 pandemic, we are grateful to our friends in Congress who have ensured our industry can continue producing and serving America’s favorite alcohol beverage. We are thankful for Representative Kelly’s support and look forward to working with him for years to come.”

“Pennsylvania has a long and rich history with brewing dating back to the 1600s,” said Kelly. “Today, this tradition continues with hundreds of brewers in the commonwealth contributing powerfully to their local economies and communities.  Brewers across our country provide thousands of jobs to hardworking Americans from coast to coast.  I look forward to making sure our policies in Washington allows them to keep brewing, growing, and creating more American jobs!”

Representative Kelly was a lead sponsor of the Craft Beverage Modernization and Tax Reform Act to provide permanent excise tax relief to America’s brewers and beer importers. Congress included this legislation in 2020 year-end funding, ensuring brewers have the resources to recover from the COVID-19 pandemic, reinvest in their businesses, hire new employees and continue to innovate and create America’s favorite beers.

The beer industry supports millions of well-paying American jobs in a wide range of industries, including farming, manufacturing, construction, retail, the service industry and more. You can learn more about the beer industry’s impact in each state at beerservesamerica.com.

Other 2021 Beer Champions include:

The Beer Institute is a national trade association for the American brewing industry, representing both large and small brewers, as well as importers and industry suppliers. First founded in 1862 as the U.S. Brewers Association, the Beer Institute is committed today to the development of sound public policy and to the values of civic duty and personal responsibility: www.BeerInstitute.org. Connect with us @BeerInstitute and on Facebook.

GlobeNewswire,is one of the world's largest newswire distribution networks, specializing in the delivery of corporate press releases financial disclosures and multimedia content to the media, investment community, individual investors and the general public.

Latest posts by GlobeNewswire (see all) 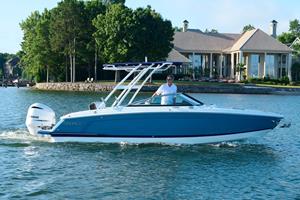